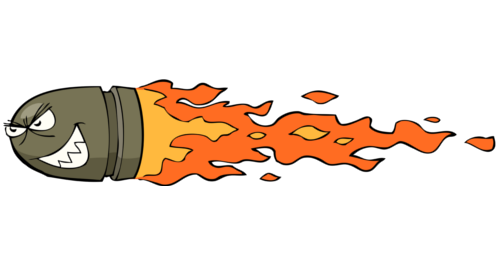 I’m pretty anti-war. I didn’t like the whole “Iraq linked to 9/11″ thinking, and thought it was a bad idea from jump street to invade Iraq. Saudi’s were the one’s who attacked us (by and large) but more direct, it was islamist cooks. These cooks are now a threat via ISIS. While I don’t buy into the immanent threat suggestion, I do think this is a group of idiologs, with an extreme religious view on an already nutty religion, who will eventually try their hand against the US if we do nothing in the meantime, much like Bin Laden and his group of followers. That’s honestly the part I don’t get… The leaders don’t do suicide bombings, it wasn’t leaders who attacked us on 9/11. Instead, it’s simple minded islamist who simply follow, as if they have no mind at all to think for themselves. Maybe it’s masterful brainwashing, but no one would be able to convince me it’s a good idea to blow myself up but not a good idea for them to do the same… Anyways, back to the group ISIS. This group seems more sadistic, and promote a whole new level of evil. That said, I don’t like the idea of invading additional countries with actual troops on the ground. I may sound more like a war hawk than I really am, but at this point, this is the sort of thing that will spring up from the middle east time and time again unless something drastic happens to deter this type of thinking.

That’s why I like the idea of a heavy airstrike! Pummel any/all countries where ISIS has bases, safe haven or control. Make the world see we aren’t putting up with this nonsense religion (which originated from paganism), and show them this extreme view on an already whacky religion cannot be tolerated. If you want to be a so called “good muslim” fine, be my guest, but there seems to be more and more crazy muslims – too many to trust the few legitimate “good” ones. The sad part is, there really aren’t any muslim leaders who denounce or rebuke other muslims when they commit something heinous and it’s recorded for the world to see, so denial isn’t a an option. It’s not like they didn’t hear about it or missed it on the news… The fact of the matter is, they either do not have the courage to denounce it or they support it. It’s that simple, if you skirt around denouncing horrific acts, like decapitation, you and your religion are the problem.